Courtney and Andrew had an intimate Kansas City micro wedding at a very cute boutique hotel, on a very rainy April day, which was a big change from their sunny engagement session we did back in October! The hotel, No Vacancy, is the new hip place to stay OR get married at here in Kansas City! Honestly I have to hand it to them because this hotel is unlike anything I have ever seen. When you walk in you are greeted by cheetah carpet and an elevator that takes you up to 8 guest rooms and a shared living space which immediately makes you feel part of some way cooler universe! Then there is the outside space that is so freaking cute and perfect for a small ceremony or event with friends! I actually had a wedding right after this one that used it as a getting ready space, and man oh man it did NOT disappoint! More on that later!

Despite the rain, Courtney and her wedding party (with help from her parents) acted quick to change their outdoor ceremony plan into an indoor ceremony in studio three! It was a little hectic moving furniture, and bringing in their own rugs to design the space in a way that fit Courtney’s vision- but they pulled it off! It provided the perfect space for an intimate ceremony, and of course right when it was over the sun came out like a very typical day in the midwest! At least rain on wedding day is good luck right?

After the ceremony events, the wedding party and guest met at Lidia’s in the crossroads Kansas City! The food was *chefs kiss* and the speeches were full of love and laughter (even though I swear to you that the brother’s speech was a 30 minute long roast in perfect old brother fashion haha!!). Everyone ended the night back at No Vacancy for dancing, cake, and a secret treasure hunt that Courtney planned for the guest! Yep! You read that right- Courtney straight up planned and executed a perfect treasure hunt with the story line that went as followed: ” At one point the building that is now the hotel was owned by the right hand guy of Pendergast (The KC Mobster). The previous owner stole valuables/loot from Pendergast and hid it AND IT WAS NEVER RECOVERED and he DISAPPEARED (bum bum bummm). The guy was super into the illuminati so probably only things with an illuminati symbol are relevant to the facts being shared. Spencer, the current hotel owner, found a lot of interesting things during renovation and displayed them in the shared living space on one of the curio stands!” HAHAHAHAHAHAHA ISN’T THIS AMAZING??????? Like what kind of bride has the time to plan a wedding AND a secret illuminati treasure hunt??

As the maid of honor said in her speech: “I am glad Courtney found someone as rare as she is.”- which is the most truthful thing along with the fact I think Courtney also found someone as weird as she is! I wish her and Andrew a life full of laughs, and I will be seeing them very soon in July for a MUCH bigger wedding reception! 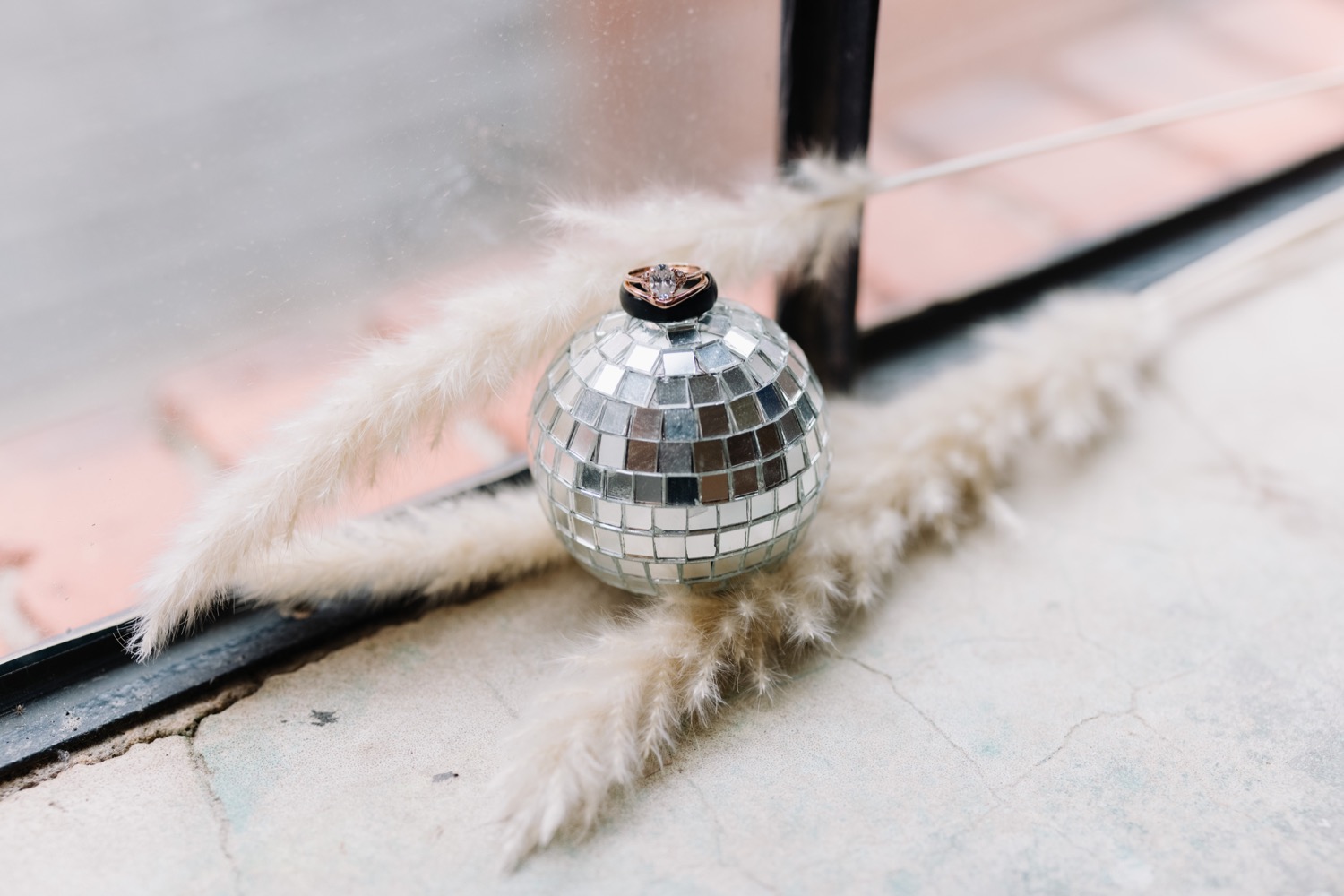