I first met Hollie in Kirksville, Missouri in 2016 when I photographed her and her dog Sam! Now here we are 5 years later and I am photographing her St. Louis engagement session with her fiancé Tim….. and of course Sam is still by her side (plus her newest dog addition- Louieeeeeeeee!). It’s wild to see the road life takes you on, and to realize the people you meet on one random day will be in your life forever. I have photographed Hollie 4 or 5 times now, and each time she is more of an accomplished human. Hollie is not only an incredible dog mom, but she is a OB nurse at Mercy Hospital AND a photographer herself! She has also recently started a business where she molds flowers into these really unique things and the business name is Dogwood Details and Design on facebook and the same thing on instagram! Now she has scored herself a real prize of a man! Tim compliments Hollie so well and my favorite thing about him is how chill he is. He was a natural in front of the camera with Hollie leading the posing, and he never once complained. You can tell how much he loves her, and even though their first date to a bar didn’t go as planned (because Hollie is allergic corn and things that make it hard for her to go out to eat/ drink)- I am so happy they are here now! Tim also CLEARLY supports Hollie’s love for dogs and it really doesn’t get any better than that!

This engagement session in St. Louis for Hollie and Tim was so dreamy! Starting off at Tower Grove park the little bugs flying around literally made this seem like a scene from Lion King or Avatar (idk- you know what I mean though right…. with little bugs and fairies dancing around or something). I had to keep running through the nat clouds because they were getting to be a LOT at some points haha! Then we finished downtown at my staple place that I always go to and it’s a parking garage that overlooks the Arch! Hollie and Tim had an outfit change here and they looked so incredible. The dogs had a blast, and we ended the night with ice cream!!!! Seriously couldn’t have been a more perfect St. Louis engagement session!!!!!

Also quick plug for my girl over at Hoot & Co for making the collars Sam and Louie are wearing in these photos! I will forever be the biggest fan girl of anything and everything Hoot!!!! 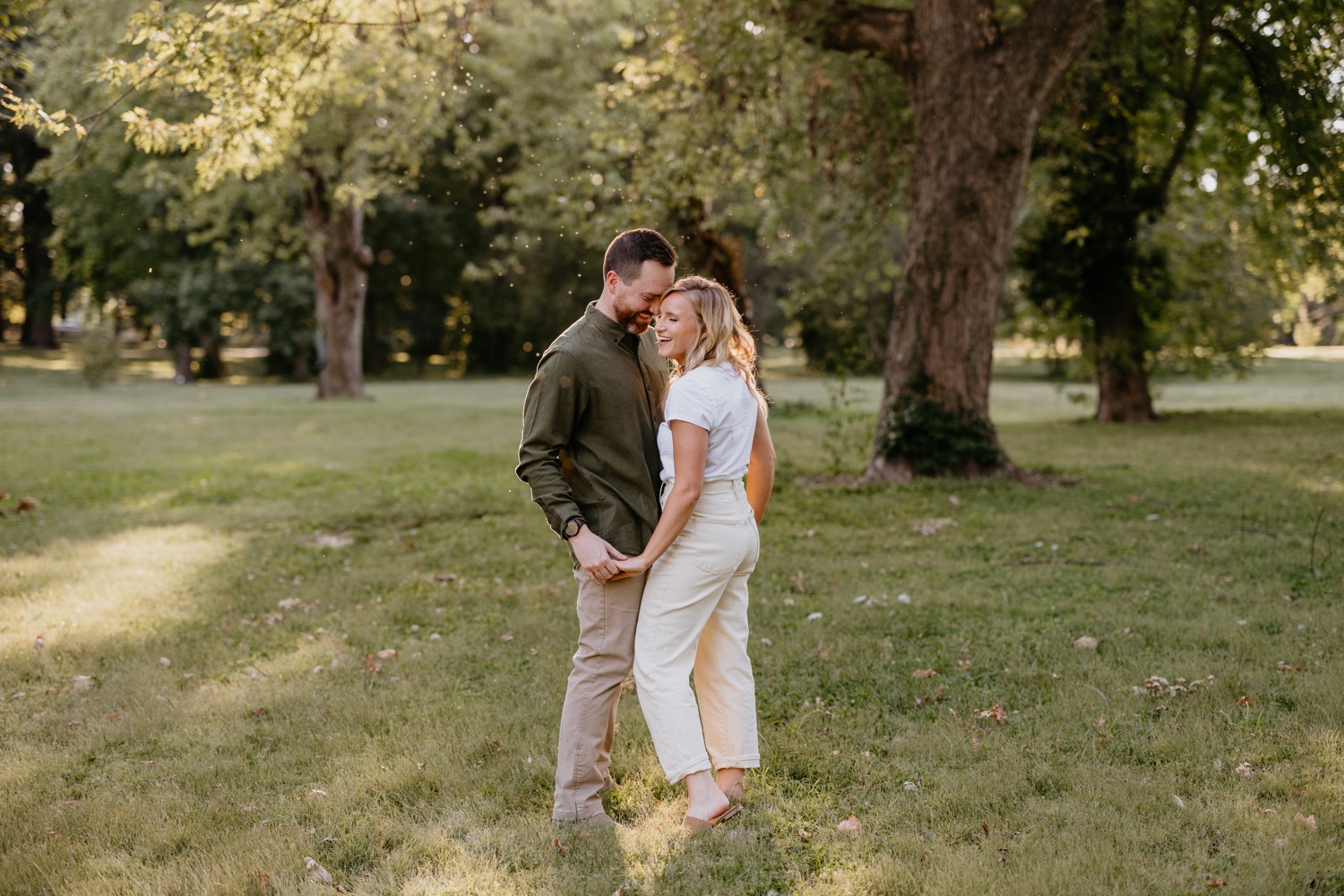